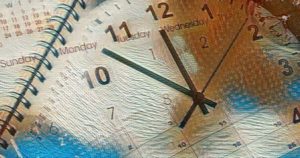 First of all, let me say that there’s no definitive, one-size-fits-all answer on how long it will take anyone to become their funniest as a comedian because of the variables involved when it comes to developing and delivering a high impact stand-up comedy act. However…

Here are 5 key elements that have a direct impact on fast it takes to become funny on stage as a new comedian:

1. Level of talent. Just like in any other endeavor, there are those who simply have more comedy talent than others.

An individual’s talent level can have a direct impact on progress as a comedian. Interestingly enough…

Most people have more than enough comedy talent to succeed as a comedian. Unfortunately, most of that comedy talent never makes it to the stage because of inaccurate assumptions made about how stand-up comedy and developing a killer act based on that talent actually works.

Related Article: Bad Assumptions Can Kill Your Chances Of Success As A Comedian

2. Performing opportunities. As a general rule, the more an individual can perform, the faster that they will progress on stage as a comedian provided they have comedy talent and have a handle on the remaining variables.

But there’s a catch — the funnier an individual proves themselves to be on stage, the more performing opportunities that become available.

Unfortunately, most new comedians completely squander their initial performing opportunities a (usually comedy open mic nights) because they are ill prepared to deliver a well developed, well rehearsed stand-up comedy routine that even has a chance of generating decent audience laughs.

3. The process used by the comedian to develop their stand-up comedy material. For those comedians who are trying to “write jokes” one at a time from a blank piece of paper…

That sort of antiquated process for developing comedy material can literally add years to how fast a comedian can progress.

As long as a person believes that “writing” and talking are essentially the same just because both methods of communication involve words, the greater the chances of failure that person has at making any headway at all as a comedian.

Don’t get the wrong idea here — since words cannot be visualized or otherwise manipulated one they leave a person’s mouth, writing down what someone wants to say and express must be written don in order to edit, hone, refine or otherwise adjusted in order to develop the tightest stand-up comedy act possible.

But that is a completely different process than trying to manufacture paper written jokes designed to be read by a reader using made up premises where guessing is main tactic to try to pinpoint what may or may not be funny to an audience.

To understand why I can say this, check out my free online lessons for comedians.

4. The rehearsal process. Unfortunately, the only time most comedians “rehearse” is in front of an audience (usually at stand-up comedy open mic nights). By then, it is way too late to have much of a chance of success at generating the laughter levels needed to make any progress as a comedian.

Effective rehearsal involves much more than just memorizing words and can literally shave many months if not years off the process of being able to deliver a powerful and funny stand-up comedy act.

But even the best rehearsal process is rendered useless if the comedy material the comedian is rehearsing isn’t tight and funny in the first place. It’s much like using a map of one city to try to find a location in a different city.

Optimally, comedians should be able to make deliberate and intelligent adjustments in their stand-up comedy material on a performance by performance basis until their act is as tight as it can possibly be.

It should be apparent at this juncture that it is not just one specific thing that has an impact on how long it takes to become funny as a comedian. It involves a number of factors working in harmony with one another that will allow anyone to be funny on stage in the shortest amount of time possible.

You May Also Like:  What Do I Need To Know About Bombing On Stage As A Comedian?

So to answer the question directly…

Comedians who are able to effectively manage the variables that I have described can potentially have a very solid stand-up comedy act developed in literally just a matter weeks or months.

Those who do not usually take years to develop a powerful stand-up comedy act, if they can get past the comedy open mic stage at all.

Keep this in mind as well…