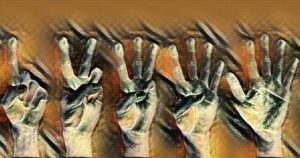 When it comes to determining how many jokes are in a 2-3 minute stand-up comedy routine, it depends on how one defines the term “joke”.

A much better question would be:

How many punchlines are in a 2-3 minute stand-up comedy routine?

That way the information applies equally to those who are trying to write “one liners” the hard, old school way or for those who are developing topic based material (which is much easier) where an entire bit is the foundation for multiple punchlines and tag lines related to the same topic.

What Happens During A Stand-up Comedy Performance

When a comedian hits the stage, it is their task to generate as many “quality” laughs for every performing minute. whether it is for 3 minutes or for 45+ minutes.

There are 60 seconds in each minute which are consumed by two activities:

The comedian is talking or the audience is laughing (or not laughing).

Each of these activities are measurable.

Ideally, every comedian should be focused on generating an average of 18+ seconds of laughter each performing minute. This is headliner performance level.

And that level of performance is usually accomplished produced by generating 4-6+ laughs per minute.

In other words, a comedian should be delivering 4-6+ punchlines every minute that they are on stage.

Note: The numbers I have provided are easily verified by simply measuring the number of laughs and the accumulated seconds of laughter in any recorded stand-up comedy performance by any successful comedian.

Being able to deliver an average of 4-6+ punchlines every minute on stage as a comedian can appear to be even more challenging when you consider this:

The 4-6+ laughs a pro comedian delivers every minute occurs when the audience is not laughing. In other words, audience laughter takes time away from the time for a comedian to deliver stand-up comedy material.

Let me give you an example of what I am talking about.

That means that a comedian would need to set-up and deliver 4-6+ punchlines within 45 seconds of each minute – the allow time for the audience to laugh before starting the next joke..

What I have just presented in not complex at all and basically boils down to these fundamental and observable facts:

It’s pretty darn simple to understand when you look at it that way.

Now, let’s talk about some factors that have a significant impact on a comedian’s act as it relates to punchline frequency (number of punchlines delivered):

Set-up lines are way too long. This is probably one of the most prevalent problems new comedians have.

If a comedian takes 30 seconds to set-up and deliver a single punchline, that means that they are only going to generate 1-2 laughs per performing minute, which means they are bombing on stage.

The vast majority of time this issue is directly related to the comedian’s effort to attempt to “write” stand-up comedy material in a manner in which they learned to “write” in school, not realizing that:

“Writing” and talking or expressing oneself verbally are two separate and distinct communication processes.

“Writing” only involves the use of words and sentences that are usually “written” to be read and not spoken.

Subsequently, many more words are needed in “traditional” writing than are needed for verbal communication.

Stand-up comedy material that is going to generate frequent laughs demands an economy of words. Otherwise a comedian will spend way too much time talking before getting to the punchline.

Assuming that if material “reads” funny, that it will generate laughs when delivered on stage.

You might be surprised to learn that most stand-up comedy material that will generate big laughs on stage won’t read funny from a piece of paper or word processor.

Why? It comes down to what I said before:

“Writing” and talking or expressing oneself verbally are two separate and distinct communication processes.

Audiences simply aren’t going to read a comedian’s act — they are going to experience it as the comedian expresses what it is that they want to talk about and deliver to an audience.

If you want to verify what I am talking about, simple review the first lesson in Training Module One of the Killer Stand-up Online Course.

But you can also easily verify this independently for yourself. Simply go to YouTube and find a video of your favorite comedian. Transcribe a minute or two of that video word for word.

Then just print it up and let a couple of your friends read what you have transcribed. See for yourself if they fall down laughing (which I already know they won’t).

Most new comedians don’t have a clue about what a punchline really is or how to generate them.

Simply knowing that a punchline is the funny part of a joke doesn’t provide any usable information when it comes to creating a stand-up comedy routine that will actually get laughs.

You May Also Like:  How Much Do Comedians Get Paid?

Professionally, I can say with great confidence that if new comedians want to do well on stage than they need to know:

Without know these critical aspects, most new comedians are left with blind “trial and error” when it comes to developing stand-up comedy material that will not only work but work well to generate laughs.

Talking too fast. One of the things new comedians try to do to get to punchlines quicker is to talk faster.

Let me say this — talking faster is NOT a substitute for knowing how to create and structure a stand-up comedy routine that gets frequent laughs.

The faster a comedian talks, the less likely an audience is going to adequately understand  a comedian’s set-ups, much less the punchlines associated with those set-ups.

Talking faster can also contribute to a comedian “running over laughs” which basically means that a comedian starts talking before the audience has finished laughing.

Needless to say, talking faster is not the answer to being able to deliver more punchlines and get more laughs.

The factors I have presented only represent a few of the aspects that can dramatically affect punchline frequency in stand-up comedy routine.

So to answer the original question…

In a 3 minute stand-up comedy routine (which is usually the stage time you get at most stand-up comedy open mic nights, give or take a minute or two), ideally you will want to strive to deliver an average of 12-18+ punchlines that get solid audience laughs.

I should also mention that punchline frequency alone is not enough to kill an audience.

If a comedian is delivering 6 punchlines per minute but only getting 1 second of laughter per punchline, then they are bombing on stage.

Lastly, I will tell you that you DO NOT have to hold the “title” of headliner in order to generate headliner laughter levels if you know what you are doing BEFORE you ever hit the stage.

You May Also Like:  Are There Any Advantages To Producing A Clean Stand-up Comedy Act?