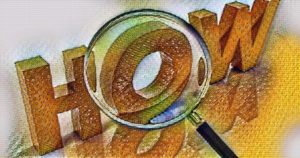 The very first thing I would do to get started as a comedian is to find out if there are any comedy open mic nights in your local area.

Comedy open mic nights are where most new comedians start and the easiest ones to find will usually be hosted by local comedy clubs if your area has them.

Usually, comedy club open mic nights will be listed on the club website.

Note: Sometimes you may need to bring a certain number of people to the open mic night in order to get stage time. These are called “bringer shows”.

Otherwise, you will have to travel to get stage time or if you have the ability to develop and deliver a clean stand-up comedy act, you can use the information in the Corporate Comedy Secrets course to set-up local area gigs outside the comedy club scene.

Once you have located a comedy open mic night, you will need to spend the time at that show so that you can find out what the process is to get stage time and how much time you are afforded when you do get stage time (requirements vary).

I would also STRONGLY recommend that you sit through at least several comedy open mics from beginning to end in order to see for yourself what kind “competition” you are up against. What you will find is this:

The vast majority of new (and not so new) comedians performing at virtually ANY are simply NOT prepared to deliver a stand-up comedy routine that will generate many laughs, if any at all.

The reasons for this are varied and beyond the scope of this article. However, if you will consume the articles on this blog you should have a good understanding why even the most funny and talent people suck when they attempt stand-up comedy.

Another thing I should mention is that I also recommend is that you talk with other open mic comedians to find out if there are any other local open mic nights or performing opportunities in your area.

You May Also Like:  How Many Jokes Are In A 2 To 3 Minute Stand-up Comedy Routine?

Depending on the area that you live, you may find that there are several comedy open mic opportunities that are outside the comedy club scene and can be a challenge to find unless you talk with other new comedians.

Once you have identified venues to perform in, you will need to be prepared to deliver a 3-5 minute stand-up comedy act. The amount of time you get on stage can vary for each comedy open mic night.

If I had just one piece of advise to give you about becoming a comedian it would be this:

Don’t be afraid to be yourself.

Many people who jump into stand-up comedy try to “be” a comedian or what they think a comedian should “be”.

I am going to tell you that it was you being you that led you consider becoming a comedian in the first place. It was the comedy talent you demonstrated offstage that has led you to the comedy stage.

In my professional opinion, the best chance you have at becoming a comedian who can generate big and frequent laughs on stage is to be prepared to the maximum extent possible to BE YOURSELF in the tightest way possible, using ALL of the comedy talent you have when you cause others to laugh when you talk.

Otherwise, you will end up like most – getting nowhere fast and making audiences suffer every step of the way.

If you don’t believe that, once again – just sit through a couple of comedy open mic nights and see what happens for yourself.

And just for the record…

Most of the open mic comedians that get on stage and suck have more than enough comedy talent to do well at stand-up comedy.

But that comedy talent just does not make it to the stage for audience consumption. If you really want to know why that is…

You will find that information on this blog (and my other bigger stand-up tips blog for comedians).