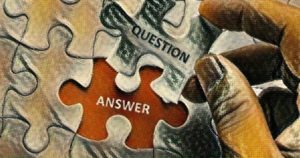 First, for those who may not know what street jokes are…

The term street joke is used by comedians to describe jokes told on the “street”. You may also know them as “joke jokes” (a term used to distinguish between these and stand-up comedy jokes).

These are the common, open source jokes that are told every day between non-professionals at home, at work and at social gatherings.

While not always the case, many times street jokes tend to be very “dirty”, racist or sexist in nature – which can potentially decrease their value to the professional comedian depending upon the markets they work in.

Here is an example of a clean street joke:

One day a teacher was greeting his new class. He stood up in front of the class and said, “Would anyone who thinks he or she isn’t smart enough for third grade please stand up?”

After a minute or so one boy stood up.

“Well, hello there. So you don’t think you’re smart enough for this grade?” the teacher asked.

The kid replied, “No sir, I just felt bad that you were standing there all by yourself.”

Select street jokes can be powerful tools in a stand-up comedian’s arsenal of comedy material, but it depends on where the comedian is performing.

As a general rule, street jokes are not used in the comedy club market because they don’t qualify as original stand-up comedy material.

However, I have seen professional comedians use specific edited and personalized street jokes during their comedy club stand-up comedy club act without issue.

Notice I said edited and personalized because many street jokes usually have a set-up that is simply too long for the stand-up comedy stage.

Now outside the comedy club market, carefully selected, edited and rehearsed street jokes can be quite useful as comedy material to break the ice for a stand-up comedy show in the corporate-type markets.

A carefully selected, edited and effectively rehearsed street joke can also be used as a powerful closing bit.

And street jokes can also be used as a “back up“ material for new stand-up comedy material that is not working as well as it should.

These are the reasons that an independent lesson called Street Joke Secrets is provided with my online course.

Note: That lesson also includes a special report called How To Turn A Particular Type Of Street Joke Into Powerful Stand-up Comedy Material.

If you how to identify one particular type of street joke, you can actually easily convert it into powerful stand-up comedy material that can be used anywhere.

And since street jokes are designed for “one-on-one” joke telling as opposed to stand-up comedy material which is designed for group presentations, they are great to have available when an individual asks you to tell them a joke when they find out you are a comedian.

Needless to say, street jokes can be powerful additions to your stand-up comedy material if you know how to select them, how to customize them and when to use them.

You May Also Like:  Why Is Writing Stand-up Comedy Material So #!?#% Tough?