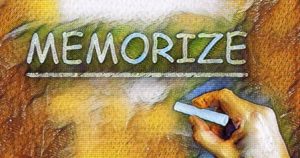 Let me start with this – there is no substitution for repetition when it comes to memorizing stand-up comedy material.

The reason is simple. There is usually no direct personal connection between the comedian and the paper written “jokes” that were fabricated from the “writing” process.

Without a personal connection to their stand-up comedy material, it becomes difficult for comedian to actually visualize what they are saying to an audience.

Subsequently, the comedian must then engage in shear rote memorization of their comedy material (that is tough to say the least).

Then on top of that, they have to figure out their “act outs” that coincide with their comedy material, which adds an addition layer of difficulty when it comes to producing stand-up comedy material that will actually work for them on stage.

In other words, the process becomes extremely mechanical and very difficult.

Much more effort is needed to produce and deliver comedy material that will actually get the big laughs using this approach.

However, if the comedian is using a topic based approach for developing stand-up comedy material – one that has a more personal connection based on experiences, observations, conversations, opinions, etc., it becomes much easier for the comedian to visualize for themselves what they want to say and express to an audience.

This approach can then make it much easier to memorize stand-up comedy material during the rehearsal process.

Think of it this way…

You have multiple funny stories that you tell to new people you meet over the course of your life. Something is said that triggers you to remember an experience, observation, or situation that you were involved in. Then you tell those stories over an over again.

Your stories are routine in that you don’t really work very hard to remember them because they are personal to you and you have told them repeatedly over the course of years.

In other words, a measure of repetition is involved which reinforces your ability to remember the story.

You May Also Like:  Is There Any Way To Get Over Stage Fright As A Comedian?

Instead of repeating the material over years, you rehearse that material repeatedly over a short period of time (once it has been structured and tightened to get 4-6+ laughs per minute).

Note: You will want to make sure your stand-up comedy material is “worked out” as completely as possible, then tightened and structured accordingly. This is why there is a two-step rehearsal process included in the Killer Stand-up Online Course — one type is to “work out” the comedy material and then the other is for committing to “finished” material that requires no future work.

One of the most important benefits of rehearsal is to incorporate a person’s natural physical expressive traits to that material.

When someone is engaged in a conversation with someone and they are telling a story or relaying information that causes others to laugh, they do so spontaneously with little forethought except to access one’s memory of the events, observations or situations they are talking about.

Stand-up comedy is far more premeditated in that you know what you are going to say in advance to accommodate the stage time provided.

But in order to get the biggest laughs possible, that comedy material needs to be physically expressed in way that is natural to the comedian and incorporates ALL of their comedy talent.

Otherwise, the impact of their comedy material can be drastically diminished. Audiences are NOT stupid and know when a comedian is NOT being genuine with them or is not prepared to professionally deliver a stand-up comedy routine.

Note: Proper rehearsal of one’s stand-up comedy material is what gives every comedian the appearance of spontaneity when they deliver their act to an audience.

Bottom line: There’s no substitute for rehearsal when it comes to memorizing a stand-up comedy bit or act.

Unfortunately, the only time most new comedians “rehearse” is when they actually get in front of an audience. By then it is way too late.

This approach effectively adds years to the process of being able to develop and deliver a decent stand-up comedy act.

To add insult to injury they will use notes which effectively kills their chances of getting laughs at all, much less significant laughs.

Rehearsal not only can be used to memorize stand-up comedy material, but can also be a fantastic way to expand that comedy material during the rehearsal process.

Again, that’s why there is a highly effective, two phase rehearsal processed detailed in the Killer Stand-up Online Course.