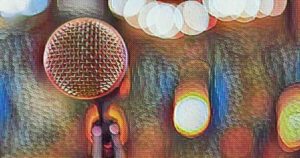 Comedy open mic nights are usually the primary stepping stone most comedians use to start the process of becoming a comedian.

Unfortunately, open mic nights also tend to be the performing opportunities most squandered by new and prospective comedians. It’s from this perspective I want to answer the question, keeping this in mind:

You don’t get a second chance to make a first impression.

What you will find at virtually any comedy open mic is this:

1. The majority of comedians performing at comedy open mics are grossly ill prepared to deliver a stand-up comedy act that will get laughs.

This happens for a number of reasons including but not limited to:

Note: An odd thing happens to people when they make the decision to do stand-up comedy and that is — they switch to elementary/middle school types of humor topics. I suspect this involves a lack of knowledge on how to develop a stand-up comedy act and a sudden lack of confidence in one’s own sense of humor.

3. The set-ups to their “jokes” are simply way too long. Subsequently, they don’t have a chance of getting the punchline frequency or the laughs they need to get the attention of comedy managers or owners for consideration to perform in higher level spots.

This might be one of the most prevalent things that you will see at every stand-up comedy open mic. The open mic comedians talk and talk before ever getting to a punchline (which is usually not funny either).

You May Also Like:  How Funny Do I Have To Be As A Comedian?

Again, much of this is directly related to the common misconception that a stand-up comedy act is “written” in a literary style designed for an individual reader using only words. The other communication factors used when speaking that reduce the number of words needed are NOT factored in or considered in the process.

4. The comedian has not rehearsed and is dependent upon notes to deliver their stand-up comedy material. Yet they somehow expect to be “discovered” as a pro comedian.

Comedy audiences are not stupid. They know when someone is using notes and is not prepared to professionally deliver a stand-up comedy routine. Subsequently, they will withhold laughter, even if the material is funny.

5. Open mic comedians can be absolutely clueless to the fact that they are bombing on stage, yet will perform the same lame comedy material over and over again – sometimes for years without any noteworthy improvement.

Here’s the truth should you choose to believe it or not:

These activities include getting an audio or video recording of each show and reviewing it for edits, tightening, removal or replacement of jokes or punchlines, etc.

7. Many open mic comedians treat open mic audiences as a lesser entity that can’t seem to get their “jokes”, not realizing that a paid audience wouldn’t respond any better either.

It’s not the responsibility of any audience to “get” a comedian’s jokes. They are simply there to be entertained. That responsibility lies solely in the hands of the comedian.

Sadly, many new comedians blame the audience for their lack of preparation and ability to craft a tight and funny stand-up comedy act. It’s just like blaming a gas pump because a car is not filled with gas.

8. Many new comedians attempt to deliver their comedy material as some sort of fabricated character that is not only unnatural for them, but severely reduces or eliminates the audience laughter response they could get.

The second a person who makes the decision to step into stand-up comedy tries to be some sort of “comedian” or persona that they are not in everyday life, they are essentially abandoning the natural comedy talent they have (and took years to develop).

If you want more specific details on why many new comedians get stuck in “comedy open mic mode”, simply check out the 5 free lessons in the Killer Stand-up Online Course.

But here’s the good news:

All these things (and more) make for some great opportunities for new comedians who do know what they are doing and can generate the big laughs with a tight act in a short period of time.

Let me leave you with this:

Stage time is a scarce and precious commodity for new comedians. It should never be wasted like most new comedians tend to do.

Common sense would dictate that in order to progress quickly, the smart comedian would want to squeeze out every bit of benefit possible from every comedy open mic performance.

You May Also Like:  What Do I Need To Know About Working With Talent Agencies?