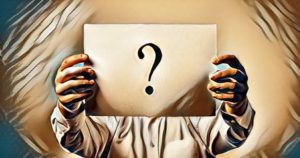 It’s true that most stand-up comedians are men and female comedians are certainly a minority in this performing art. But it’s not because of discrimination or intentional exclusion of women as some would tend to express or imply.

If you go to any stand-up comedy open mic night, you’ll see that the vast majority of new comedians vying for open mic performance time are men.

Note: You will also notice that the vast majority of comedians who get stuck in “open mic mode” because they can’t actually deliver a stand-up comedy routine that gets laughs are also men.

I have a YouTube channel where most of the videos provide basic information for new comedians.

I have many thousands of video views on that YouTube channel. The statistics reveal that 80% of the people watching my videos are men and 20% are women.

I have had my educational materials for stand-up comedians available online for over a decade. The majority of folks who invest in what I offer are overwhelmingly men, not women.

I don’t believe that female comedians or women in general have less internet access than men do.

So from a purely statistical viewpoint, it’s certainly not gender per se that determines the overall make up of stand-up comedy — it’s more about who has the interest, the time, the courage to show up and the commitment to go for it.

Which brings me to this:

I believe that because so few women choose to get involved in stand-up comedy that there may actually be more opportunities for women to progress as comedians than there are for men – provided they are funny and can deliver the goods.

Keep this in mind:

Comedians who can truly deliver stand-up comedy material at headline level (4-6+ laughs per minute for an average of 18+ seconds of laughter per performing minute) are going to be those who not only stand head and shoulders above other comedians, but who will also get exposed to the most opportunities in their comedy careers – regardless of gender (or market or geographical location).

However being a female comedian who can generate big laughs automatically provides a measure of rarity and uniqueness.

So from that perspective, it’s pretty easy to stand out even more among a sea of male stand-up comedians.

Probably one of the more interesting aspects with regard to gender as it applies to comedians is that it tends to be a “known” condition that women tend to struggle more to get laughs than men do in the world of stand-up comedy.

That’s actually misleading when you consider that most of the new comedians are men and about 95% of ANYONE who attempts stand-up comedy can’t generate near the laughs needed to move forward.

In other words, less female stand-up comedy participants tends to highlight the “suck factor” as opposed to men.

The bottom line is this — both men and women tend to make the exact same mistakes when it comes to becoming a comedian, such as:

I could literally go on and on and on. So being clueless about what’s really involved with producing and developing a stand-up comedy routine that generates big and frequent laughter is NOT gender specific — it is actually very much gender neutral.

If you want to improve your chances of success as comedian you may want to review this article now:

Bad Assumptions Can Kill Your Chances Of Success As A Comedian

Final thoughts – any comedian who can generate an average of 4-6+ solid laughs per minute for every performing minute will move forward quickly in their stand-up comedy adventures whether they are a male comedian or a female comedian.

That’s the reality that virtually no other stand-up comedy expert even talks about even though it seems kind of important, don’t you think?

You May Also Like:  Why Is Writing Stand-up Comedy Material So #!?#% Tough?