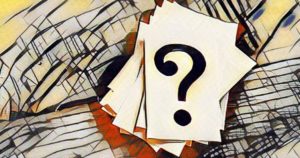 Before I identify some of the major issues involved with a stand-up comedy act that is not getting laughs — which is called bombing on stage — let me say this:

There’s much more involved when it comes to developing and delivering a stand-up comedy act that does generate noteworthy laughs on a consistent basis than meets the eye.

Not that anything about developing and delivering a powerful stand-up comedy act is difficult (provided an individual has comedy talent), but is does involve consideration and application of a number of important factors that most new comedians simply ignore or that they are completely unaware of.

One thing that must be crystal clear right from the beginning is this:

If the audience is NOT laughing (audience is defined here as 9+ people closely seated together next to the stage), THEY ARE BLAMELESS.

In other words, blaming the audience because your stand-up comedy act sucks is exactly the same as blaming a basketball because it didn’t go into the hoop when you made a shot.

Comedy audiences are in the seats to be entertained. It is NOT their job, duty or responsibility on any level to laugh at stand-up comedy material that is simply not funny.

Unfortunately, many new (and not so new) comedians take this sort of “it’s the audience’s fault” approach in order to justify the absence of laughter during their stand-up set. And the second that happens…

You should know beyond a shadow of a doubt that you are dealing with a genuine stand-up comedy idiot.

With that said, here are three primary reasons why a stand-up comedy act doesn’t get many laughs or no laughs at all:

While this aspect of not getting laughs can be due to an absence of comedy talent, it’s much more common that the comedian has plenty of comedy talent but has opted to try to “write” their stand-up comedy act in the literal sense from a perspective outside themselves.

Not only does this approach fail to capture the way a person actually talks and physically expresses themselves, it also automatically produces a number of significant issues that are difficult to overcome, such as the next issue…

The longer the set-up is for any particular joke or bit, more time it takes to get to a punchline.

Let me put this another way – the longer the set-ups are, the less laughter power any particular punchline will have.

And the more a comedian talks before getting to a punchline, the lower the punchline frequency they can have in any particular minute of their stand-up comedy act.

Note: Much of this has to do with “writing” for an individual reader, which takes many more words when it comes to communicating ideas, thoughts, opinions, experiences, observations, etc.

This is due to the absence of all the other expressive communication attributes (facial expressions, body language, voice tone changes, etc.) involved when people communicate verbally in a “face-to-face” environment, whether it be on stage or off stage.

Either way, the results are the same – greatly diminished (or absent) laughter response from the audience.
If you observe ANY accomplished stand-up comedian, you will notice that it appears that they are simply talking about “stuff” that pops into their head while they are talking.

Make NO mistake – almost everything a pro comedian says and expresses is very much premeditated and is NOT left to chance.

Hint: For new comedians, proper rehearsal of tightly structured stand-up comedy material that is developed specifically for comedy audiences is KEY to having the appearance of spontaneity when delivering a stand-up routine.

Something else to consider as well:

Professional delivery of substandard stand-up comedy material will usually generate more laughs than a terrible delivery of great comedy material. That’s because of the substantial impact that expressive traits (as opposed to just words alone) have in verbal communication.

For more detailed information on why a new comedian’s stand-up comedy act tends to bomb miserably on stage over and over again, I recommend you take the time to review the 5 free lessons provided in the Killer Stand-up Online Course.