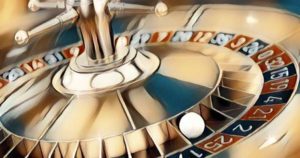 While there is no way to accurately determine your odds or chances at becoming a professional comedian, I can tell you what I know which is this:

If an individual has real comedy talent (notice I said real comedy talent) and they know how to develop and deliver that talent for the stage in a professional way that gets big laughs consistently, they will progress quickly as a comedian.

However, the two most formidable obstacles that lie in the path of the prospective comedian who is trying to figure out what their chances are in stand-up comedy are:

Well, you know how that goes. Some people start singing and the dogs start howling.

And contrary to popular belief, an individual cannot somehow “write” their way to having comedy talent that they don’t have and magically become hilarious on stage.

So the chances for these folks ever getting past stand-up comedy open mics and becoming a comedian are nonexistent.

Fortunately, most people who want to take a shot at becoming a comedian have more than enough comedy talent to make that dream a reality.

2. Got talent, but can’t make it work on stage. This is largely due to the false perception that stand-up comedy material that will work on stage is “written” from a blank piece of paper in some mechanical or fabricated way.

Most new comedians are completely unaware that “writing” is a completely different form of communication than talking.

These two unique forms of communication are not only developed and presented differently, but they are also consumed differently by the audience they are designed for (individual reader vs. live audience).

You May Also Like:  Is There A Difference Between Acting And Delivering A Stand-up Comedy Act?

Subsequently, they can’t seem to get the laughter results they need to progress to any noteworthy level as a comedian in what could be a relatively short period of time — no matter how hard they try.

And most new comedians who do have talent are simply unwilling to go for years and years of bombing on stage in order to reach their stand-up comedy dreams and goals.

Using so-called “traditional” methods of “writing” a stand-up act is much like trying to mow a lawn with a pair of scissors — it can be done, it just takes a really, really long time.

I was one of those people who had comedy talent. As a teacher I could cause a room full students laugh so hard it would cause other classes to be disrupted.

But I was so awful at stand-up comedy that I almost quit after 9 months of trying to “write” my way to being funny on the stand-up comedy stage — the way all the books and workshops said it had to be done..

Then I discovered my system and was headlining venues within a couple of years. If you want the gory details, just check out Chapter 1 in the Interactive Writing Guide (public access — no sign-up required).

I’ll wrap it up with this:

For those who have real comedy talent and know how to develop and deliver a pro stand-up comedy act that captures their comedy talent, the chances of becoming a professional comedian are very good.

But if you buy into the whole “it’s all about the writing” nonsense, I would say that you have two chances of making it as a pro comedian — slim and none.

You need only check out ANY stand-up comedy open mic to see just how few people can generate noteworthy laughs with their stand-up comedy act to understand why I can say that.