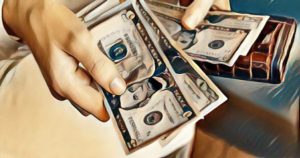 Unless you are already performing and you are able to work with a credible and experienced comedy writer, the answer to the question about buying jokes for your stand-up comedy routine is — I don’t recommend it.

Here’s why I say that:

First of all, most of your laughter power on stage DOES NOT come from words alone like many comedians and so-called “comedy experts” believe and teach.

It comes from a combination of words, body language and voice inflection/tone variations relative to the comedian and how they communicate verbally.

Many times folks who offer to sell jokes have “written” them in a one dimensional fashion, designed to be “read” and they are not designed to be expressed verbally.

In other words, paper written jokes tend to be missing the bulk of the important attributes that cause laughter to happen – especially as it relates to the comedian’s unique manner of expressing themselves verbally.

This “produced for a reader” aspect of “writing comedy material has a very critical built in flaw which involves excessive word usage. Here’s what I mean by that…

“Writing” — the way we have been trained to do since youth — involves just words alone, without any of the other aspects of communication that are engaged when we talk verbally to others. Subsequently, many more words have to be used when “writing” is involved.

Stand-up comedy material demands an economy of words. Not only do you need to be able to deliver an average of 4-6+ punchlines every performing minute, but you also need to provide the audience the time to fully laugh as well.

This economy of words is “built in” so to speak with verbal communication, as there is body language, facial expressions and voice tone variations that provided additional communication aspects that reduce the number of actual words needed.

But with “writing”, all you have are words to work with. This equates to many more words being required to be understood and for the communication to be effective.

You May Also Like:  Is There A Difference Between Acting And Delivering A Stand-up Comedy Act?

Like I said, using more words is not advantageous to the comedian who wants to generate big and frequent audience laughs from their stand-up comedy act.

Another aspect of paper written jokes that causes issues is that they tend to not account for line length or punchline frequency, which matters if any sort of laughter momentum is desired by the comedian.

Paper written jokes can also be non-connected, meaning that they cover separate topics independently, causing the comedian to have to set-up each joke independently. This can adversely affect punchline frequency as well.

Another aspect of trying to buy jokes is that they tend to be generic and lack any sort of personalization.

Don’t get me wrong – comedians do work with experienced comedy writers to acquire more comedy material for their stand-up routines.

But they work with comedy writers who understand the type of content that the comedian uses effectively and they also know how the comedian delivers or presents their stand-up comedy material.

So when it comes to buying jokes for your stand-up comedy routine, I would say that as a general rule you would be at great risk of wasting money for those jokes unless certain conditions exist.

Note: You may want to check out Episode 10 of the Stand-up Comedy Secrets For Beginners downloadable audio series for additional insight on the topic of buying jokes.