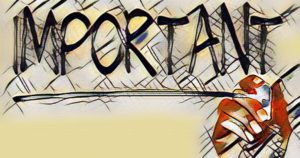 There are a number of factors that can have a noteworthy impact on a comedian’s ability to generate big laughs when delivering a stand-up comedy routine.

These factors can be divided into three primary categories: performer, venue and audience related factors.

I will cover each of these factors individually.

Basically these factors involve the comedian’s talent and skill to develop and deliver stand-up comedy material that will generate laughs.

While everyone who attempts stand-up comedy is under the impression that they are funny enough to be a comedian, the reality is that there are always people who simply don’t have the comedy talent they need to progress as a comedian.

Note: Most people who decide to take a shot at becoming a comedian have more than enough comedy talent to succeed. The most prominent issue is that most new comedians is that their actual comedy talent – the talent that led them to get into stand-up comedy in the first place – never makes it to the stage.

Comedy talent simply cannot be learned. What a talented person can learn is how to harness and structure the comedy talent that they do have in the process of developing a stand-up comedy routine.

However, as I mentioned earlier a new comedian’s comedy talent usually does not make it to the stage. Instead it is replaced by a “writing” process that is dependent on words alone without consideration of ALL the aspects that comedy talent is comprised of.

While every audience has its own uniqueness so to speak, there are definable audience factors that will impact the laughter levels a comedian can generate, such as the size of the audience and seating.

Note: Many comedians are under the false impression that audience size is the most important audience related factor when it comes to generating big laughs.

The most important audience related factor is actually seating. Comedians can generate significant laughter levels from even small audiences (9+ people) provided the audience is seated properly (in close proximity in order to capitalize on the contagiousness of laughter).

Yes, bigger and longer laughter can be generated from bigger audiences. But…

New comedians don’t generally get to perform for big audiences frequently as they are not well developed or proven entertainers.

Audience seating is critical to a comedian’s ability to generate audience laughter with small audiences from this important stand point:

If a comedian’s act generates noteworthy laughter with a small, yet properly seated audience then that same act will always get bigger laughs with with a bigger audience. However the opposite is not true…

A comedian can get decent laughs with their act when performing for a bigger audience, yet flop for a smaller audience.

Bottom line – the true laughter power of a comedian’s act can ALWAYS be determined by the laughter response of a small, properly seated audience.

Venue related factors that can impact a comedian’s ability to generate big laughs include such things as:

One of the best stand-up comedy tips I could give a new comedian would be this:

Do not substitute the comedy talent you have developed over the course of your life for some sort of “writing jokes from thin air” approach. What makes you a funny person in everyday life is more than just words alone.

The stand-up comedy act that you develop and deliver which should be representative of ALL your comedy talent.

I have a free lesson ay Comedy University called A Closer Look At Your Comedy Talent that you might want to check out (no sign-up required for access).