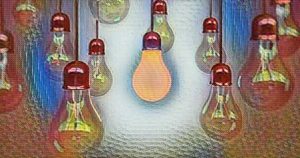 The comedy ideas any comedian comes up with should be a reflection of their own sense of humor which then becomes a tightly structured stand-up comedy routine for the stage.

In other words, what a comedian chooses to talk about on stage tends to represent the way they view any aspect of life and the way life experiences activate their sense of humor.

As a matter of fact, I can tell you with great certainty that you already literally have hours of stand-up comedy material that you can use right now if you know how to select it, edit it and refine it for the stand-up comedy stage.

If you take a broad view look at what comedians talk about on stage, you will find the end result of their comedy ideas that includes experiences, observations, views and opinions that they may have concerning just about anything under the sun.

But to be more specific, comedians tend to get their comedy ideas from:

There’s no real way to pinpoint specific comedy ideas for any one person (I have described the “generic” comedy idea sources above) because each person sees the world around them in different ways.

In other words, what may be funny to one person on an individual level may not be funny at all to another person.

So what matters in stand-up comedy is that whatever a comedian talks about on stage engages their own sense of humor and also generates audience laughter as well. Like I said before, you have that comedy material NOW. It’s just waiting to be properly harvested for a stand-up comedy act.

The problem that most comedians have when trying to come up with comedy ideas is that they are attempting to write a stand-up comedy routine in a literary fashion starting with “fabricated” ideas and notions about what “may” be funny to an audience instead of using their own sense of humor first.

As a matter of fact, I would say that for those who are not trying to “write” a stand-up comedy routine from a blank piece of paper…

Give the proper techniques and strategies, a naturally funny person should have many more comedy ideas for stand-up comedy material than they will ever have time to develop or get stage time to perform.

At any time when you made others laugh as a result of your input, talking or interaction…

Did you stop in the middle of the conversation to “write” what you were going to say that got you those laughs?

Not everything you said and expressed to friends, family or coworkers that got them to laugh will work on stage. Why?

Because they know you – they know how you talk, how you express and explain yourself, and how you engage references you relate to when you talk, etc.

An audience of strangers doesn’t know these things in advance. But they can very quickly if you know how to tightly package you, your sense of humor and your comedy talent for a stand-up comedy act.

Unfortunately many very talented people who want to jump into the stand-up comedy arena completely disregard not only the talent they have already developed, but the “mostly ready to refine and deliver” stand-up comedy material they have at their disposal right now.

If I have one piece of advice for any new comedian it would be this:

Trust your sense of humor. Trust who you are and how you express yourself. Understand that you have comedy talent and funny material that you can use now.

Once you accept these things, all you really need is a system that taps into your already developed comedy talent and helps  you to refine and tighten the comedy material you have right now in order to bring it to the stage to get the big laughs.

Or you can just try to work with words and sentences on paper that are largely meaningless to you and doesn’t usually provide a hint as to whether or not if it has any real laughter value or not.

2 Replies to “How Do Comedians Come Up With Their Stand-up Comedy Material Ideas?”