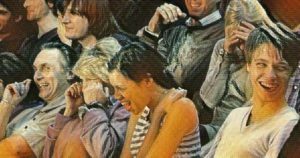 One of the things that new comedians want to know is this:

How funny do they have to be to become a professional comedian?

Believe it or not, there is a very objective (and easily verifiable) metric that can be used by anyone to determine just how funny their stand-up comedy act really is.

But let’s talk about the important milestone a comedian much reach in order to progress up the ladder as a comedian.

Until a comedian is able to generate a minimum average of 18 seconds of laughter per performing minute, they simply won’t get very far as a comedian.

This level of laughter generation has been reached (or exceeded) by every comedian who has made any noteworthy headway in stand-up comedy dating back to the 1950’s when stand-up comedy started as we know it today.

Before the introduction of Comedy Evaluator Pro in 2003, a comedian’s ability to truly kill an audience was identified and described subjectively.

In other words, a comedian either bombed, was mildly funny or they killed the audience.

Once Comedy Evaluator Pro was introduced, literally hundreds of audio and video clips of known comedians were evaluated. And no matter what type or style of stand-up comedy those headlining comedians delivered, they all had one thing in common, which was:

Every headliner level comedian evaluated was able to generate a minimum average of 18 seconds of laughter for each performing minute evaluated.

Now, anyone can easily verify this information by simply:

Then you just measure the the accumulated seconds of laughter generated for any given time period and calculating the ratio of performance time vs. accumulated audience laughter time. This report shows you how:

While this process won’t provide a minute-by-minute performance breakdown like Comedy Evaluator Pro provides, it will provide an objective overall snapshot of any comedian’s performance level for any given stand-up comedy performance.

What is important to know and understand is this:

There are only two things that happen when a comedian is on stage – the comedian is delivering their stand-up comedy material or the audience is laughing (and/or cheering/applauding). Both of these aspects of a stand-up comedy performance are objectively measurable.

I should also mention that a comedian DOES NOT have to hold the “title” of headliner in order to generate headliner laughter levels, which brings me to this:

It will be a comedian’s ability to generate high level laughter from audiences that will directly impact their ability to progress from the open mic scene to opening act, opening act to feature act and feature act to headliner.

One of the reasons why there are tremendous potential opportunities for comedians is that so many new comedians simply cannot generate the laughter levels needed to not only slay audiences, but to also capture the attention of comedy club owner and managers, talent buyers, talent bookers and agents.

So until a comedian can generate an average of 18 seconds of laughter per minute (or more) with their stand-up comedy material, they’re not going to get very far as a comedian whether they choose to believe that or not.