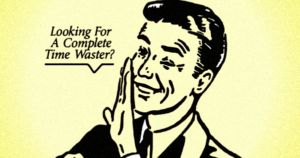 I know that there are quite a few folks who land on my websites looking for stand-up comedy writing exercises.

On surface it would seem like stand-up comedy writing exercises would be a solid and logical activity to help someone to write jokes or otherwise develop a stand-up comedy routine.

Well, don’t be fooled. In this article I am going to explain what stand-up comedy writing exercises are and why I believe they are largely worthless in helping anyone develop a stand-up comedy act that actually gets laughs when it is performed.

What Are Comedy Writing Exercises?

Stand-up comedy writing exercises are often touted as an effective way to “unlock the hidden funny” inside a person and to more easily write jokes.

These exercises usually consist of words, partial sentences or scenarios presented by the author on a wide variety of topics or subjects.

Then the author provides examples of how they used the exercises themselves to “unleash their inner funny” and produce jokes.

Then the author tasks the unsuspecting victim of this seemingly solid logic with writing down every hilarious thing they think about the words, partial sentences or scenarios presented by somehow magically plucking the “hilarious” inside them using what I can only describe as a plucked-directly-from- the-rear-end approach.

So why do I think that not one single minute be spent on stand-up comedy writing exercises? Consider this:

Writing and talking are two very separate and distinct forms of communication.

Stand-up comedy writing exercises involve using the “written” word to somehow magically produce jokes or other material that supposedly supposed to work for a performing art form that is solely based on the “spoken” word.

It other words, it would be kind of like trying to use a map of Detroit to drive around Los Angeles. They are both maps in almost every way, right?

Let ask you this:

When going through stand-up comedy writing exercises, are you supposed to write jokes or produce stand-up comedy bits that read funny which means that material will get have the best chances of getting laughs on stage?

That’s sort of odd in my professional opinion when you consider that most stand-up comedy material that works to get big laughs on stage won’t read funny at all.

You can verify this quickly and easily for yourself. Go to YouTube and find a clip of your favorite comedian in action getting the big laughs.

Transcribe a minute or two of their strongest material, print it up (without the comedian’s name on the paper) and show it to any number of friends or co-workers. See if they fall down laughing as a result.

The more likely scenario is that they will read the transcribed stand-up comedy material that was hilarious on the video, look at you and say “What’s this all about”, concerned that you may be having an issue that requires medication.

But let’s go out on a limb and say that you get your hands on some stand-up comedy writing exercises and somehow (most likely through divine invention) and you are able to produce what you believe the funniest jokes or stand-up comedy material you could ever produce.

Let me ask you this:

I ask that because outside my own online course for comedians, there is not a single book or other resource that I know of on the planet that addresses this issue at all.

That’s kind of important when you consider this one pesky fact:

If a comedian can’t generate an average 4-6+ quality laughs for each performing minute, they simply won’t get very far in stand-up comedy no matter what method or process they use to produce their stand-up comedy material.

I can tell you beyond a shadow of a doubt that the approach usually taken to “write” jokes or a stand-up comedy routine is taken wildly out of context by most new comedians.

You May Also Like:  Can You Tell Me Why My Stand-up Comedy Jokes Aren’t Working?

This is the reason why time wasters like stand-up comedy writing exercises even exist (along with joke formulas, writing techniques, etc.)

I also know that developing a tight and original stand-up comedy routine is pretty easy to do if a comedian uses a process that is designed to do just that.

But trying to “write” ones way to having a solid stand-up comedy routine is much like trying to fit a size 10 foot into a size 6 shoe. It’s probably going to be a bit painful.

And for the record…

Stand-up comedy writing exercises were one of the things I tried to do to develop the stand-up comedy material I wanted to work when I first started out as a comedian.

So I have many hours of wasted personal experience in this matter.

Are You Funny? Create A Stand-up Comedy Act That Rocks The House!
Do your friends think you're funny? Have you thought seriously about becoming a pro comedian? If that describes you, you might want to take a very close look at what this website has to offer that can dramatically improve your chances of success.
www.killerstandup.com