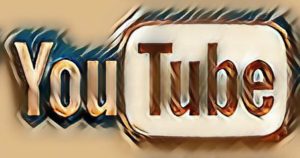 I can’t think of a single comedian who doesn’t want to be known or recognized. One of the way comedians attempt to do this is with YouTube videos.

Have you ever wondered why I, Steve Roye don’t have dozens and dozens of stand-up comedy videos plastered all over YouTube?

So, what’s the story? Here’s the deal…

First of all, when I began developing my stand-up comedy material in 1992, I wanted it to be evergreen, meaning to say that I could use it then and I could use it years down the road, with only minor updates to a few references.

In the event that I should ever decide to get back on the stand-up comedy stage, I don’t have to worry about other comedians having stolen my stand-up comedy material for their own use.

If you don’t think stand-up comedy material theft happens, you are living in a dream world. I have watched comedians do parts of my stand-up comedy act word-for-word while I was actually sitting in the audience watching them perform my stuff.

Now I do have some brief video clips of my act available (quite a few actually) as a part of the multimedia files associated with the Killer Stand-up Online Course that are for my Members (something that most stand-up comedy teachers won’t do because it would kill their business).

But beyond that, I have no desire to put my stand-up comedy act in pieces on YouTube or any other online video service.

Even if I was actively performing, I would only put up a few videos of my stand-up comedy material on YouTube and they would be very SHORT — 30 to 40 seconds and would have a prompt to go to my website for more details. And you can bet that those videos would have the absolute highest PAR Score I could possible have in those video clips.

The main reason I would do that would be to drive traffic to my main website for getting hired as a comedian. Those are the people I am interested in, not the masses who visit YouTube. Potential customers and agents are the folks who can get a peek at a longer video or DVD.

But even then, I would never send more than 3 minutes unless requested for a high paying gig.

Here’s what comedians and entertainers really don’t get:

YouTube videos can be a great source of online traffic and they DON’T have to be of your stand-up comedy act. But if your YouTube videos only lead to your Facebook page or other social media presence…

You May Also Like:  Will Comedy Writing Exercises Help Me Develop My Stand-up Comedy Act?

I can assure you this — I have dealt with plenty of talent agencies big and small to know that 99.9% of the time, they simply will not book a comedian from a social media page alone. You simply don’t have enough credibility for consideration if you don’t have a dedicated website.

Unfortunately, most comedians are so hungry for some sort of attention and recognition, they are willing to put up pieces of their stand-up comedy act on YouTube that are simply awful and will actually hurt their chances of getting hired for comedy work.

Now, the game changes a bit if you are featured on a stand-up comedy special that has already been aired on TV. The quality is great, there is a real audience in attendance and you look like a real comedy star.

Or, if you have a video that shows you seriously slaying a real audience, that changes the game a bit too. If you have any question in your mind about how well you are doing in your stand-up comedy video, simply do a PAR Score evaluation on it and don’t put anything up on YouTube that is less than a 30 PAR Score.

There is also the serious issue of single person viewership which is a killer for any comedian regardless of how funny they are because audience laughter DOES NOT usually carry over to the individual viewer watching a video online. The net result is that unless your comedy material connects with that individual on a personal level, the net result is that you suck — regardless of how loudly and frequently and audience is laughing in the video.

Just read the comments people submit about stand-up comedy videos on YouTube now. You can see for yourself exactly what I am talking about.

But my own personal position about YouTube videos has not changed for years and I believe that when it comes to online stand-up comedy videos, less is more, quality reigns over quantity and if you are not using those videos to get potential buyers of your stand-up comedy act to a dedicated website–well, you are really wasting your time in most cases.

But maybe I’m just dead wrong about having stand-up comedy videos on YouTube.

So here’s what I propose…

If you have gotten real, good paying stand-up comedy work from just your YouTube video(s) — I’m not talking about $10 and a chicken sandwich from being asked to perform at a local coffee house or bar — and with no dedicated website, put the link to the YouTube video in the comment box below and briefly describe what happened.