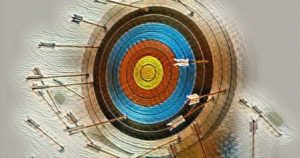 One of the most common “syndromes” among comedians that I see is lack of consistency with their “A-List” material.

In a perfect world, we would like our stand-up comedy material to kill the audience 100% of the time.

But this is not a perfect world and every comedian, no matter how consistent or effective can have an off day (kind of sounds like working a day job, huh?)

But there are factors that a comedian can be aware of that will absolutely affect their performance, some of which are within the control of the comedian themselves.

Before I jump into the meat of this article, let me say that your ability to entertain an audience at the highest level of your ability depends on the fact that you have an audience in the first place (not 3 people) and that they are paying attention to what you are saying.

I say this because comedians have a tendency to beat themselves up over factors that are outside their control. Not helpful, I must say.

This article should help in that regard:

www.comedyevaluatorpro.com
How Audience Dynamics Directly Impact Comedy Performance Levels
Audience dynamics have a direct impact on the laughter results that any comedian can generate during any particular performance and the evaluation results produced by Comedy Evaluator Pro. This report provides specific information about audience dynamics every comedian should be aware of. Continue ...

Other comedians simply choose denial about their comedy material and as a means to avoid improvement.

Subsequently, my biggest concern in providing the sort of information in this article is that it will give comedians excuses for why their stand-up comedy material didn’t work. I can’t think of a time when excuses produce results.

So, as I cover these factors, only focus on those things over which you do have control and never blame the audience – they are what they are and it’s your job as a pro to entertain every audience to the best of your ability regardless.

I can only repeat like a broken record that you should be recording each stand-up set that you do (audio or video — which is best in this case) in order to see for yourself if you are presenting material differently from audience to audience.

Factors That Can Influence Comedy Performances

The only way to combat this is to develop stand-up comedy material that has wide ranging appeal.

The bottom line: You must be self aware enough to be able to objectively determine if your material has limited “range” or not. Until then, it can be difficult to make adjustments because in your own mind, your stand-up comedy material should work for almost everyone.

2. Your energy when delivering your comedy material. This is a big one. If you are recording your sets, this should be one of the things you are looking for when it comes to hit or miss shows.

As I talk about in the Killer Stand-up Online Course, delivery is the biggest part of your ability to generate big laughs overall.

Some of the things that can affect your delivery are:

You May Also Like:  Do You Have Any Suggestions On How To Overcome Writer’s Block?

To me, the difference between a simple player and a real pro is to be able to give a full on performance no matter how small an audience is.

3. Audience seating. The contagiousness of laughter is directly related to the proximity of those who are laughing. The closer people are seated, the more contagious laughter (and overall audience response) becomes.

You cannot expect to get the same response for the same comedy material if the audience is spread out as opposed to being seated close together.

5. Venue variables. Outside gigs and gigs in high ceiling rooms with poor acoustics can affect your laughter response. In other words, you can be doing far better than it appears during the performance from this one performance variable.

6. Hecklers. Unless you are highly skilled at handling hecklers, they can disrupt your rhythm and reduce your audience response.

7. Presenting new stand-up comedy material. If you have not taken the time to thoroughly rehearse new comedy material before exposing it to an audience…

Well, I don’t have to tell you what can happen.

8. Audience demographics. If the overall audience make up is too young, too old or comprised of all males, the chances are great that you won’t get the same laughter response you will with a mixed audience.

9. Audience attention. If you audience is busy talking to one another over drinks (like in many bar gigs), playing pool and darts while you are performing, you aren’t going to get the best audience response that you could get.

These are some major reasons why stand-up comedy material can be hit or miss. If you can think of any others, please use the comment box below to share your insights with others.

When I was actively performing, I only cared most about these three things:

If the answer to these questions was yes—I could kill the audience 98% of the time. The other 2% of the time I didn’t do as well was because of one or more of the factors I have already mentioned.

Notice that the audience size was NOT included. Why? Because they are what they are and that factor was usually outside my control.

In the true scope of things, your stand-up comedy material should be working well 95%-98% of the time no matter what audience you are performing for.

Even when you are not on your “A-game”, you should still be getting a better laugh response than any other comedian performing for the same audience.

The time to get really concerned is when the audience is seated properly, well mixed, they are paying attention and your stand-up comedy material is NOT working well.

That’s when you want to use your built in smartphone apps or Comedy Evaluator Pro to identify and study those minutes that you didn’t get the laughter response you usually get, pinpoint what you did differently and make the adjustments you need to get back on track.

Look at yourself and focus on improving your performance FIRST, before you start dissecting the audience variables. That will get you far.