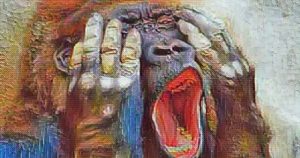 It is just a fact of life that no matter how much skill, expertise or fame you may develop as a stand-up comedian, you will never be exempt from the possibility of bombing on stage.

Bombing on stage happens on occasion to the best entertainers.

However, it happens with increased frequency to those entertainers who don’t fall into the “best” category.

The reality is this — while sometimes there are environmental or audience conditions that can contribute to a less-than-stellar performance (i.e. microphone failure), most bombing on stage is self-inflicted and can be completely avoided most of the time.

1. Lack of preparation. It’s a fact that most comedians don’t rehearse their act extensively out loud BEFORE delivering it to an audience.

As a matter of fact, relatively few comedians even make the investment to learn about the craft of stand-up comedy they hope to quickly master.

Just because someone has two thumbs, a pie hole and their friends say they are funny is NOT enough to succeed on the stand-up comedy stage.

There is MUCH to know about the art, science and business of comedy if your intent is to become a real comedy pro.

This is what gives you control of an audience and lets them know you are a professional.

3. Looking at notes on stage. The second you take your eyes off the audience to read notes, you effectively disengage from the audience and lose any chance of momentum you could ever develop with that audience. See #2 above.

You May Also Like:  What Are The Basic Marketing Tools I Will Need As A Comedian?

4. “Joking” the audience. If you are focused on “joking” your audience with fabricated “jokes” that you “wrote” for which you have absolutely no personal connection whatsoever…

Your body language will tell the audience they are being “joked” and they will respond (or not respond) accordingly.

5. Absence of performance improvement reviews. Once again, many comedians simply refuse to record and evaluate their performances for improvement after a failed show — or any show for that matter.

Bottom line: No matter how big or small the audiences you perform for may be, if your PAR Score consistently hovers between 0-10, you aren’t going to go very far as a comedian. Hold onto that day job!

6. Your comedy material is just not funny. Maybe you are trying hard to do your “impression” of a comedian instead of being yourself on stage.

Maybe you are trying to “sell” fabricated jokes instead of talking about things that have some personal meaning or influence on you.

Maybe you have fallen into that trap of performing “cutting edge” material like all the so-called “experienced” comedians do, only to find out that your bit about combating a smelly genital area with barbecue sauce really isn’t a hit with audiences.

But no matter what the reason may be, you must be self aware enough to know when your stand-up comedy material content doesn’t have the general audience appeal you need to get the big laughs and make changes accordingly.

Don’t know if you noticed…

All of the items I have mentioned are within the control of the performer.

Of all the advice I could give about bombing, I will tell you this:

Be aware of repetitive mistakes that you are making that contribute to your less than optimal performances. Learn everything that you can from each bombing or hell gig experience. Get/review a video of each performance.

Most of what I know about being a pro comedian came from the relatively few hell gigs I had over the course of a comedy career — not from the gigs where the audiences were perfect, the venue was awesome and properly set-up for comedy and I killed the room.