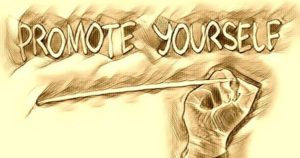 The first thing I need to point out is that a comedian must have a solid act before they can effectively engage in any sort of activities to market themselves.

The reason that I say that is because there are people who don’t have a solid stand-up comedy act developed and in some instances have never been on stage, yet they have this false notion that they can somehow market themselves as a comedian.

And there are also comedians who have been performing for a while and can’t deliver a solid act, yet they are under the false impression that the “answer” to moving forward in their comedy career lies in marketing. That is a serious waste of time and money.

With that said, let me say that the very best marketing tool a comedian can have, above anything else is a stand-up comedy act that kills consistently (generates an average of 18+ seconds of laughter for each performing minute).

The reason I say this is because it will be a comedian’s act that gets them recognized and considered for paid work in the comedy clubs.

One of the best ways a comedian can get considered for paid work is to do a showcase if possible in comedy clubs outside their local area (a showcase for work is usually a 5-10 minute performance during a paid show after the opening act).

It will be a comedian’s act that will get them recognized and considered for paid by other more seasoned comedians who are running or managing comedy rooms.

For those comedians who have a clean act and are working in the corporate type markets, it will be their stand-up comedy act that can result in referral work at virtually every show they perform and kill the audience.

The three primary marketing tools a comedian needs, provided they actually have a stand-up comedy act that is marketable are:

1. An electronic press kit (EPK), which is nothing more than a professional website with the comedian’s bio, comedy resume, head shots, testimonials, video clips, etc.

Very simply, an EPK is a stand alone website or a website service that basically tells a potential talent buyer or news media representative everything they need to know about you as it relates to your stand-up comedy career.

Note: The instructions for putting together a professional EPK at no cost is included in the Killer Stand-up Online Course.

2. Offline promotional materials such as a promo video on DVD, an extended and unedited performance on DVD, a paper bio and resume, promotional flyers, etc. for mail outs.

Note: This applies primarily to those comedians have a stand-up comedy act suitable for work outside the comedy club markets. However with the exception of a promotional DVD or extended performance DVD, the EPK provides what is needed in the way of promotional materials unless otherwise requested.

3. A business card. There are only 3-5 items that are needed on a comedian business card: photo, name, title (ie: Comedian or Comedy Entertainer), phone number and Electronic Press Kit or website address.

Probably the most important aspect of a business card is the phone number on it. Because people move, change phone service, etc. their phone number can change. I would recommend using a free phone number (ie: Google Voice) that can remain the same no matter what your phone number may be.

Still, it will be a comedian’s act that will bring them the lion’s share of opportunities to get paid work because nothing “sells” a comedian better than their live stand-up comedy act.

I will also be so bold to say that until a comedian can average 18+ seconds of laughter for each performing minute on stage, the opportunities for paid performances are limited at best, no matter how great their “marketing” materials may be.

You May Also Like:  What’s The Easiest Way To Write Jokes That Work Well?