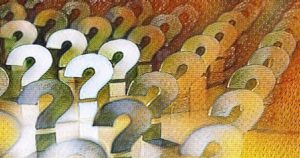 Unless certain conditions apply, I usually can’t give out one or two specific stand-up comedy tips that will help just any comedian get bigger and better laughs with their stand-up comedy act on stage.

Here’s the reason why…

Without reviewing a video of a comedian’s performance (which I do not do for free), there’s no way for me to know:

Talent level. While everyone who takes a stab at stand-up comedy believes they have massive comedy talent just waiting to be “discovered”, the truth of the matter is that there are some folks who have little to no real comedy talent.

And interestingly enough, these folks are the last to realize that they simply don’t have the foundational talent to have a chance at becoming a comedian.

Note: These folks tend to be the ones who have been doing comedy open mike nights for YEARS and still can’t get the laughs (if any) that they need to progress beyond this level.

It’s really no different than the American Idol tryouts where people think they can sing and get “discovered” when the only discovery to be made is that they can’t really sing a lick.

Fortunately, most people who want to take a shot at stand-up comedy have more than enough comedy talent – they simply don’t know how to harness it for the stage.

Which brings me to the next aspect that can hide the comedy talent that a truly funny person possesses, which is.

Performance proficiency. Most new comedians use notes on stage which completely masks any comedy talent they may have and pretty much eliminates their chance to get any decent laughs.

It’s also virtually impossible to evaluate a comedian’s timing when performing if they are using notes on stage to deliver their stand-up comedy material.

Still other comedians memorize their comedy material and then try to “sell” their jokes to an audience in an unnatural way that doesn’t coincide with their natural expressive comedy traits.

This too greatly reduces the laughter response a comedian can realize with their stand-up comedy act.

Here’s the reality of the situation:

It’s not just one thing that makes a stand-up comedy act work well.

It is a combination of factors and attributes that will generate the big laughs for a comedian.

These factor and attributes are specific to each comedian – again, based on an individual’s sense of humor and the natural expressive traits they use to communicate their sense of humor.

Subsequently, it is usually impossible to provide one or two specific stand-up comedy tips that will be of significant value on an individual basis, especially without reviewing a video that comedian performing a stand-up comedy set.

Now there is an exception to this…

Still, a video review is needed to determine what those specific stand-up comedy tips would be.

Don’t get me wrong – there are certainly stand-up comedy tips that can apply across the board with regards to developing and delivering a high level stand-up comedy act regardless of an individual’s sense of humor, comedy material content, delivery style, etc.

Some of the stupidest stand-up comedy tips I have seen online are these:

If you can find any stand-up comedy tips of less value than that, let me know in the comments box below. 🙂

One Reply to “Can You Give Me One Or Two Specific Stand-up Comedy Tips That Will Help Me?”