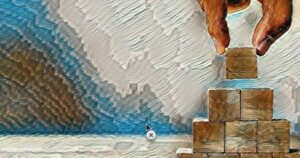 Does stand-up comedy have a structure?

Yes it does, but probably not not in the way that most people would most likely think of it.

There are any number of interpretations on what “structure” means as far as developing and delivering a stand-up routine is concerned.

If you do a search you will find::

Some people approach this stand-up comedy structure question as trying to understand and label the parts of a joke.

Others interpret this as trying to identify and use any variety of joke formulas (incongruity, simple truth, reverses, etc.)

Still others seem to focus on stand-up comedy structures as “finding” and applying the funny “narrative” attributes in a topic or subject.

Regardless of how anyone chooses to identify any type of stand-up comedy structure, you will find that it is almost always tied in with some sort of traditional “writing” aspect that will supposedly help you produce the funny stand-up comedy material that you want to deliver to audiences.

Well, I can readily identify the single most important aspect of stand-up comedy structure that always seems to get completely overlooked.

If you can’t manage to incorporate it into your routine, you are most likely doing little more than wasting your time in the pursuit of trying to become a pro comedian.

The Questions That You Need To Ask Yourself First

Before I get into the most important stand-up comedy structure that you need to be aware of, I have some questions that you really need to answer if you do not want to go down the path of embarrassing yourself when you do actually hit the stage.

How important of a role does the sense of humor and comedy talent that you use to get laughs in everyday conversations with friends, family, coworkers, etc. count as it relates to stand-up comedy?

When you are talking to other people and laughter happens, how did you determine the structure you were going to use to get the laughs?

How are you able to determine what set-up lines and associated punchlines you are going use when you cause others to laugh in casual conversations?

When others around you say something that causes you and others to laugh, how did they how to structure what they said to get the laughs?

How do you pick the joke formulas that you use to cause others to laugh when you are talking?

How are you able to write the punchlines that cause others to laugh when you are engaged in casual conversations with others?

How many jokes did you have to write in order to develop the sense of humor you have now to cause others laugh in casual conversations?

How much time do you spend writing ANY material that you are going to use to get laughs in conversations with people you associate with everyday?

How is it that you are able to get any laughs at all when you talk to the people you know and meet without having written any jokes in advance?

Let me smash that stupid myth right now with this Special Report:

The Stand-up Secret That No One Else Will Tell You

Here’s the reality about your comedy talent, whether you choose to accept it or not:

Causing people to laugh in everyday conversations is actually HARDER in some very important respects than stand-up comedy for reasons that include, but aren’t limited to:

No rehearsal or advanced preparation. In stand-up comedy, rehearsal is needed because the environment is not one of spontaneous funny replies or random oration — you are delivering an act that needs to have the punchline frequency attributes pro stand-up comedy demands.

No editing or adjusting available. In causal conversations there is no mechanism or means to adjust or edit what has been said to make it funnier or tighter as far as punchline frequency goes because of the spontaneous nature of conversation subject matter.

What fascinates me is that according to the so-called “experts” on stand-up comedy, the comedy talent and ability that you use off stage DOES NOT COUNT in any meaningful regard. I say that confidently because…

You May Also Like:  Can You Tell Me Why My Stand-up Comedy Jokes Aren’t Working?

If it did it would be referred to frequently in any associated comedy educational process which it is not.

Instead, you are forced to choke down some sort of extremely difficult “writing” process because “that’s the way it’s done”, even though…

Writing has had very little if any impact on your personality, sense of humor, comedy ability, timing, means of expressing yourself or any other aspect that gives you the ability that you have to generate laughter the way you do.

Yet when it comes to stand-up comedy for audiences — educational offerings tend to be largely focused on “writing” funny stuff out of thin air.

Now if you want to subscribe to this complete and utter BS — be my guest.

The Most Important Stand-up Comedy Structure

Here is the important stand-up comedy structure information that you need to know:

A professional feature/headliner level comedian can generate an average of 4-6+ laughs each performing minute.

Since punchlines are what generates laughter, what that really means is that an accomplished pro comedian delivers an average of 4-6+ punchlines each performing minute.

Now, if you really want to be specific, you need to be able to generate an average of 18+ seconds of audience laughter per performing minute (headliner level performance).

That provides just 42 seconds each minute to set-up and deliver and average of 4-6+ punchlines.

IMPORTANT: Just so that we are on the same page before I go on — go review any of your favorite comedians using any online video platform and VERIFY THIS INFORMATION FOR YOURSELF.

Now the questions that I would be asking myself at this point would be:

How come I am just hearing about this? Why doesn’t any other comedy expert talk about this?

The reason is painfully simple:

The BS “writing” processes taught to the unknowing masses make it extremely difficult if not impossible to produce 4-6+ punchlines per minute because IT TAKES TOO MANY WORDS for writing as opposed to talking and expressing oneself using more than just words alone.

Related Article: Writing Down Vs. “Writing” Comedy Material And Why It Matters

I want you to think about this — right now you are able to generate laughter in casual conversations:

Oh but none of that seems to count for much when it comes to what you need to do to develop a stand-up comedy routine. But in an ironic twist…

Wasn’t it your noteworthy ability to cause people to laugh in conversations with those you know and associate with that prompted you to consider taking that comedy talent on stage? And if so, how come none of that seems to come into play when it comes to producing a stand-up comedy routine for audiences, seeing how the actual differences are few?

When it comes to structure in spoken word comedy, I have provided you with the most important structural element that you need to be focused on which is obtaining the optimal numbers laughs/performing minute or seconds of laughter per performing minute.

Sadly, most people are completely clueless that their sense of humor and comedy talent that they have developed is a highly complex affair that literally took decades to develop and refine.

That process — which involves ALL of what makes you funny — your personality, your look, speech patterns, expressive attributes along with the words you chose to use when you talk CANNOT be replaced by a different process (writing) which focuses on words alone.

As a matter of fact, you already use most of the “stand-up comedy structure” that you need right now without knowing anything.