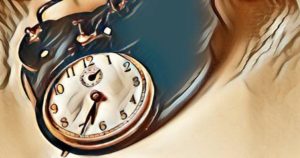 One of the things that folks who are trying to learn how to do stand-up comedy want to know is how much performing time they need for any particular stand-up comedy gig.

That aspect of stand-up comedy is dependent upon not only skill level but the requirements of the gig itself.

Open Mic: Usually open mic comedians are provided 3-5 minutes of stage time. This makes sense because most open mic comedians don’t yet know how to do comedy yet and are in the early development stages of their stand-up comedy careers.

Note: There are instances when an open mic will afford a new comedian 10+ minutes of performing time. But this situation is rare. Keep in mind that the vast majority of new comedians can generate little if any laughter during any performance regardless of the time provided for performing.

Opening Act: The opening act in a stand-up comedy show is generally required to perform for 10-15 minutes at the beginning of a multi-comedian show.

The opening act is often the emcee of a stand-up comedy show as well, introducing the middle or feature act and the headliner as a part of their gig responsibilities.

Note: Sometimes you can have what is called a “tag team” arrangement where each performing comedian introduces the next comedian in the line up.

Middle or Feature Act: The middle or feature act is generally required to perform for 20-30 minutes after the opening act.

Headliner: The headliner is generally required to perform for 45 minutes after the middle or feature act.

And as a general rule, increased knowledge of how to do comedy is required for each level as a comedian as they progress.

I should also mention that the guidelines for performance time above are general in nature and can vary significantly depending on the type of gig the comedian is hired to do – regardless of the “title” a comedian holds.

For example, headliners can be hired as both opening acts and feature acts. When I was actively performing, I was frequently hired for work at the Coach House in San Juan Capistrano, CA.

On almost every stand-up comedy show they hosted, all three acts – the opening act, middle or feature act and the headliner – were all headlining comedians.

For corporate type gigs, headlining comedians can be hired to do as little as 15-20 minutes of stand-up comedy depending on what the client wants from the comedian as far as performance time goes.

But typically for corporate gigs, the headlining comedian is required to perform 30-45+ minutes of stand-up comedy material.