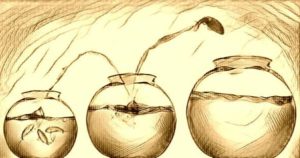 By any standard, stand-up comedy is considered by many to be one of the most difficult performing arts to master.

Don’t get me wrong – pretty much any endeavor, whether it be in the field of entertainment or otherwise will have its own share of big challenges.

But ironically, many (but certainly not all) of the difficulties that new comedians run into are actually self-imposed.

Here are some of the significant challenges new comedians face:

1. Getting stage time. New comedians have to compete for stage time among a sea of other new comedians who also think they have what it takes to do stand-up comedy on a professional level.

And depending upon where a prospective comedian lives, comedy club open mic time can be sparse.

Note: Comedians who have the ability to develop a clean stand-up comedy act are not restricted to just the comedy club open mic scene when it comes to act development.

Probably one of the bigger self-imposed issues new comedians have is that they tend to completely waste the stage time that they do get when they start out. How? This is easy to describe and very visible at comedy open mic nights:

And I could go on and on. If you don’t believe me, simply suffer through ANY comedy open mic night ANYWHERE on the planet.

2. Developing an act that consistently gets laughs. Most new comedians are still stuck in the “write jokes” from blank paper mentality and don’t realize that there is a better and faster approach.

Note: I could go on and on about this too — simply check out the free lessons in the Killer Stand-up Online Course if you want extensive details.

If a new comedian is only using words and sentences prepared in literary style, their ability to get the needed average of 4-6+ laughs per minute to move ahead becomes next to impossible.

You May Also Like:  How Do I Get Started As A Comedian?

3. Inaccurate advice from other new comedians. A new comedian doesn’t generally get the chance to “hang out” with more experienced comedians until they are killing audiences themselves.

Subsequently, they tend to be forced to mingle and network with other new comedians who don’t really have a clue either about stand-up comedy, how to develop an act, how to progress to paying gigs etc.

It is a textbook example of the “blind leading the blind”.

4. Waiting to get “discovered”. No matter what markets a comedian is able to work in, most wait to be discovered — suddenly whisked away in a private jet to some sort of instant fame and fortune.

The reality is that stand-up comedy is a business. Not only that, it is a business in which a reputation is developed over time.

Most comedians who are successful have come to this realization and take action to promote their comedy entertainment product (their stand-up act) at every possible juncture.

Not only that, but if TV shows, movies and TV commercial appearances are a part of their entertainment goals, they hit the auditions for acting parts at every possible opportunity.

In other words, they do not wait to be “discovered”.

Note: For any comedian who ultimately wants to tackle TV shows and movies, I recommend that you watch the documentary featuring 16 recognizable actors called “That Guy Who Was In That Thing” which reveals how Hollywood and acting really works.

And just like most other things in life worth striving for, the level of difficulty depends largely on the person doing the striving when it comes to tackling stand-up comedy.