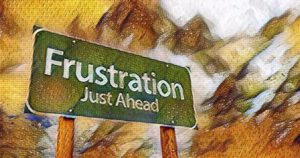 With the exception of poorly set-up stand-up comedy shows or very small audience attendance, you may be surprised to know that bombing on stage as a comedian is mostly a self-inflicted experience.

What adds insult to injury when it comes to bombing on stage as a comedian is that it is also largely an exercise in what I can only describe as “silent public humiliation”.

Here’s are some of the factors that have a direct impact on bombing on stage as a comedian:

1. Lack of knowledge about how to develop and deliver a quality stand-up comedy act. Because most new comedians have only seen or experienced “polished and refined” stand-up comedy that “appears” as if the comedian is simply talking “off the top of their head”…

They are under the false impression that stand-up comedy is far easier than it appears, not realizing that it takes considerable knowledge and skill to develop and deliver a stand-up comedy act that gets noteworthy laughs.

2. Lack of preparation before performing. One need only attend any stand-up comedy open mic night anywhere in the world to see firsthand just how ill prepared new comedians are when it comes to delivering a stand-up comedy act that even has a chance of getting decent laughs.

3. Trying to “write” their way to being funny on stage. Comedians who only focus on the words and sentences they are going to use on stage automatically limit themselves to 7% of their laughter power potential on stage – which sets them up for long term bombing as a comedian.

You May Also Like:  What Are The Basic Marketing Tools I Will Need As A Comedian?

And an individual can’t “write” their way to having more comedy talent.

If you really want to know why funny and talented people off stage bomb onstage as a comedian, take some time to review the 5 free lessons in the Killer Stand-up Online Course.

As I mentioned before, the insidious part of bombing on stage is that no one will tell a comedian that they are terrible on stage, much less give them any solid and actionable information to improve their performances.

And audiences also are also well aware of who bombs and who doesn’t as a comedian – and like I said, they usually won’t say a thing to the comedian – but they will most certainly tell their friends about the comedians they saw who tanked.

Ironically, bombing onstage as a comedian is primarily a self-inflicted affair (for the majority of those who do have plenty of comedy talent) that is usually easily overcome with the right actionable information when it comes to developing and delivering a professional stand-up comedy routine that capitalizes on ALL of an individual’s comedy talent right from the start.